This weekend has been a great weekend! Me and my friend Olga headed to Joensuu in Finland close to Russian border. There we also met up with Carita and her daddy. Carita is the part-owner of Curro the male i used for my C-litter. She also have one of his daughthers Lilli. She is now 6 months. And has grown up to be such beautiful and lovely girl. Was so nice to meet and hold her and kiss her again!!! They always are my little babies even if moving away <3

Well saturday I had entered 2 males my own Albert and Max. We hade great results. Albert was EXC1 in openclass, Best male 1, got the CAC and was later BOB! So that day he not just became Finnish Champion he also get his Swedish, Norwegian and Nordic champion titles as well!  I am so proud over my boy. My firstbred multi champion from my first litter!! Max ended up as EXC1  in championclass, Best male 2 and got reserve-CAC. Judge:  Jilkova Zdenka, Czech Republic

On Sunday i had entered same boys + Fendi. Only 2 males was good enough for judge for competing in best male. It was a finnish owned male and my Albert, both from championclass. Albert ended up as EXC2 best male 2 with reserve- CACIB.  Max got EXC3 fendi EXC2 Judge: Jos De Cuyper, Belgium

So I am very happy over this weekend 😀 And my friend Olga had aslo an amazing weekend wit 2 new champions on her amstaffs! 😀

Now it is soon time for puppies (Bonnie=Alberts mummy) so we will take it easy on the shows for a while… Hope to see you guys out there soon! 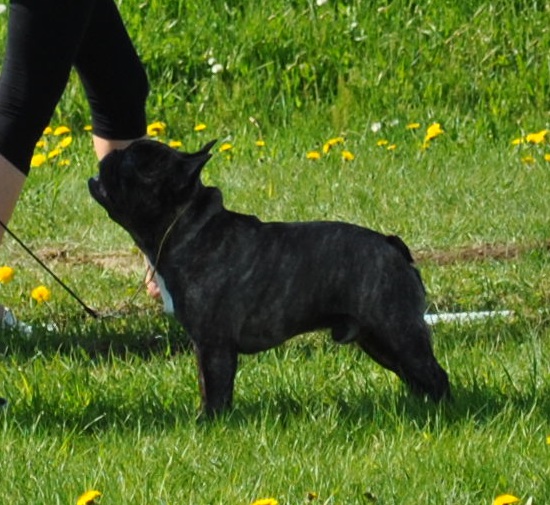